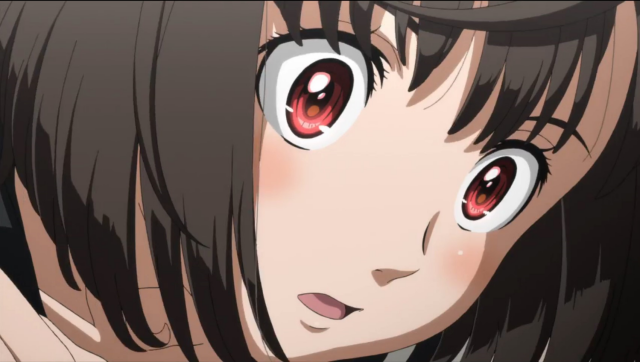 I... have mixed feelings on this show. It's not laughably bad, but it's not recommendably good, either. Most of the time when it gets brought up around me, I just automatically think 'ah, that's the body horror waifu show'.

Not to be blunt or unnecessarily vulgar, but that really is all that it is. The whole time I was watching this, I couldn't shake the feeling that this show was just the director blowing Netflix's money on his weird fetish. I don't know what that says about me, or where I spend my time on the internet, but it was definitely uncomfortable and deliberate. 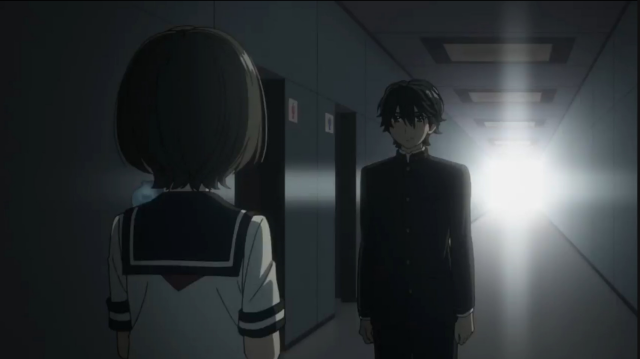 AICO sets out to do a lot of ambitious things thematically, tackling questions about the perception of selfhood and inherent 'realness', familial issues, loss, and scientific progress. But it seems like every statement it has to make is weighed down or half-formed; even its climactic conflict feels clumsy and ineffectual. If I could go back in time, I would've made the writers give every single script about another ten or twenty passes. It's thirteen episodes. If this was a boat on a lake, the floor of it would be swiss cheese. You have got to get this stuff airtight before you put it out there for the world to see. There have to be actual stakes in a story that's written like it's supposed to have stakes. 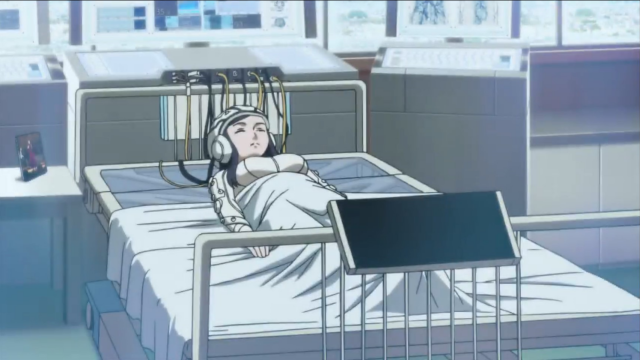 The characters are fairly flat, with only the two leads really receiving any depth or care in their writing. I did find Aiko sympathetic, even though she's got a very bland sad-girl-protagonist personality. On that note, the opening episode rubs me the wrong way because she is initially presented as disabled, but this is "fixed" fairly quickly by the narrative and only ever used as a source of angst for her character. I say this because I was initially excited at the prospect of the show having a disabled lead, which is a rarity in anime. 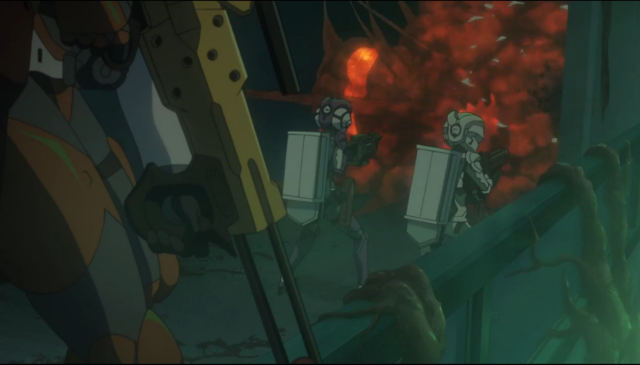 The art is actually very pretty, when it's not CGI or focused on writhing masses of flesh. I found some of the clothing/costume design disappointing and I think the mechanical design also needed a lot more polish than what it got, or at least another perspective. A lot of the backgrounds felt too empty or undetailed, as well. The direction otherwise is very solid and it generally has good character design. 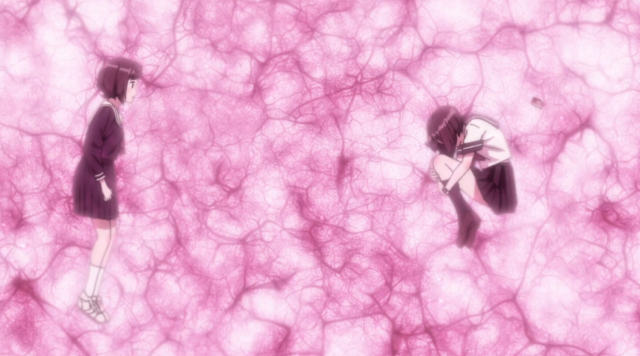 The soundtrack is also very solid, though it doesn't necessarily stand out and I don't listen to pieces from it on my own time. I never found myself annoyed or disappointed in the music, but that also lends to the fact that it's very generic. If you've heard light piano in a Netflix original, you've heard this show's OST. I do recall the opening theme being bad enough that I skipped it every time, though.

I would like to point out that Takehito Koyasu is in this, and for some reason or another he's serving full DIO in his performance. It really took me off-guard, especially since I've heard him in a lot of other roles and I know he has the range. Nothing else about the voice acting really stood out to me.