So, as an active sapphic myself, and a Gundam fan, making some sort of list like this was inevitable. I just finished UC (wrapping up Victory Gundam a couple weeks ago) and I figured that now is as good a time as any. I've joked before that Gundam was the first harem anime, and to me one of the big draws when I initially started watching it was that there was a surprising large amount of female characters. Please keep in mind this is just my opinion, I just love women, and I love Gundam women also. 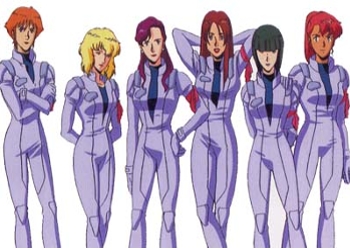 I would feel bad making a list about UC Gundam and leaving Victory off entirely, but it was woefully short when it came to lesbians. Marbet had vibes, certainly, and while she was one of my favorite characters, I just feel like she didn't qualify for the list. The Shrikes also had vibes, though, and far more powerful ones. Perhaps contributing to why so many of them died. Misogyny is a hell of a drug. 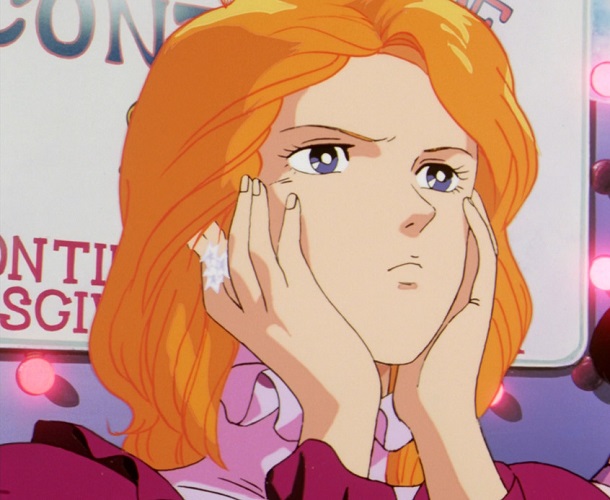 I know Cecily Fairchild is technically the """straight""" love interest of f91, but you can't deny the appeal of a cute girl in a suit with deep emotional struggles and a controlling parent she ultimately rebels against. And that scene where she cut her hair? Stellar. Also her brother is like definitely gay and they're such good wlw/mlm solidarity. I wish f91 had been a full series instead of just a very long, very poorly paced, and very pretty movie. Anything for you, Cecily. 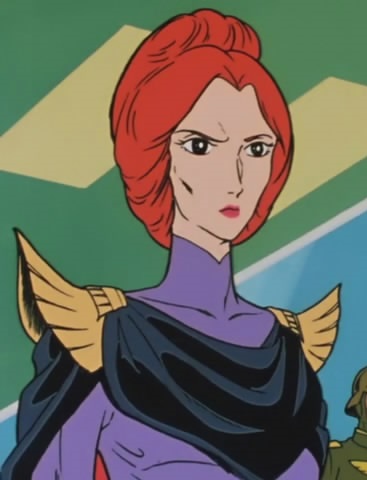 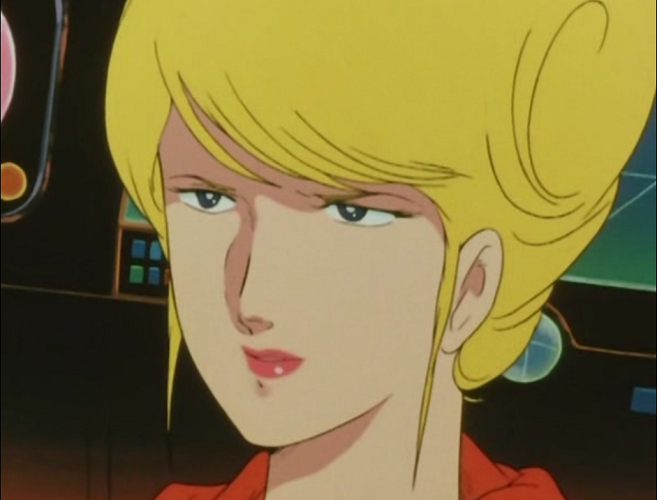 I understand that she's in a straight relationship or whatever but she should ditch that nasty old man and get with me. One of the first sexy older women of Gundam. Like I get that she's with Zeon, which is very unfortunate, and that she condones war crimes, which is also very unfortunate, but that's why she's not higher up on the list. Some of y'all will spend all day posting hypmic on twitter and then try to drag me for liking mean anime milves. I'm sorry but life doesn't work that way, queen. 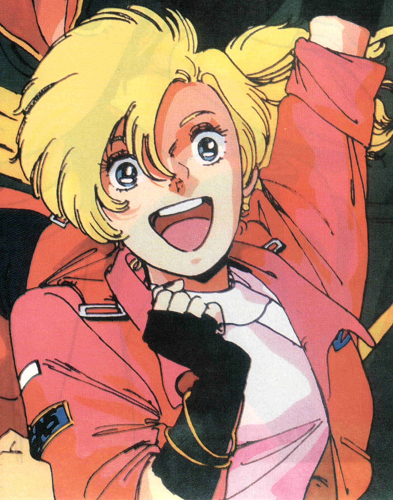 Alright. Here we go. We're getting into real territory now. Perhaps because ZZ started off with a light comedic tone, all of the main characters have looser, tackier, more dated designs, and you know what that means? They all just look flamboyantly gay in retrospect. Elle especially just has that chunky thrift store kinda fit the girls these days go wild over. She also spends a lot of time with the other girls. That's right. Lesbian time. 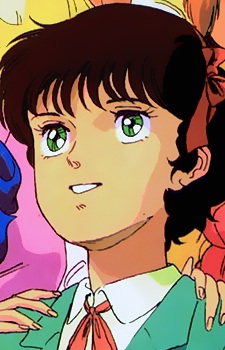 Leina is babey, she's a baby lesbian, a very powerful one. She reminds me a little of my younger gay friends and I'm like, wow! You're my daughter now! I will nurture and protect you from all the evils in the world. That's why we never see her grown up in any of the other Gundams, Tomino was afraid to let the viewers who just were in it for gunpla know that lesbians exist. Actually I just realized this list has three characters from ZZ on it. I can't help that that show has such chaotic energy. To be honest most of my favorite ladies are from Zeta but like, as much as I love them, Rosamia and Four are pretty straight or at least bisexual. Actually it should be illegal for Rosamia to fuck, now that I'm thinking about it. ANYWAY. 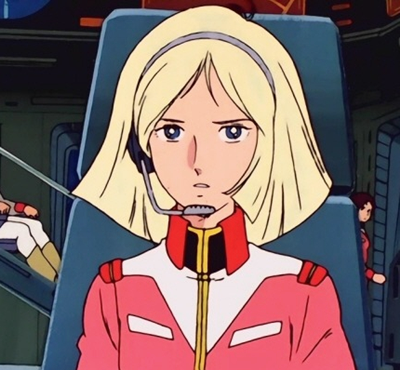 ... Should she be farther up the list? Who knows. What even happened to Sayla. Did Tomino get scared of her having character depth??? The last time I remember seeing her was at the end of ZZ. Was she in Char's Counter Attack at all???? My memory of that movie is a blur of Char in nice looking suits saying crackhead shit (update: I went and watched Char's Counter Attack in theatres and she was not in it. There was a ten minute interview with Tomino at the end about Char and how important Sayla is to him). She had to have been in CCA. She's his fucking sister. God, she deserved so much more. I know of a couple people who ship her with Fraw- Wait, what fucking happened to Fraw. My memory is goddamn shot. I did not spend like a year snorting Gundam like a sleazy 80s businessman to just forget everything important like this. Anyway, I have a lot of sympathy for Japanese lesbians in the early 80s looking for TV representation. I don't know what I'd do if the only femslash available to me was Sayla/Fraw. 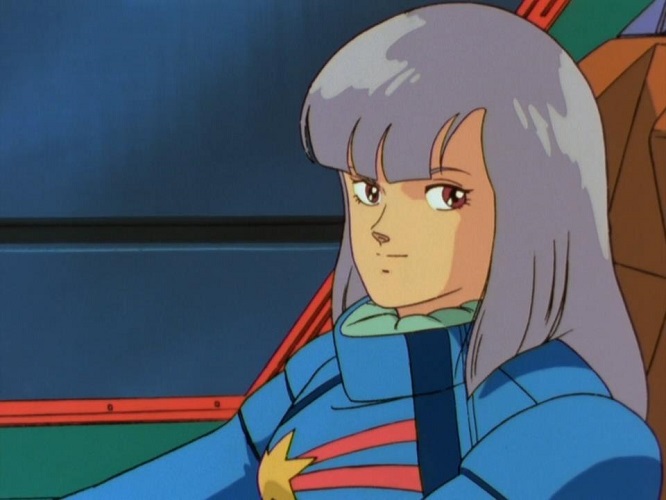 I haven't committed some sort of crime by acknowledging Gundam ZZ, have I? I've heard that it's a real topic of controversy within the Gundam community, because we all hate joy and fun and laughter. Anyway I've always thought Roux Louka had vibes, not just because she's the government-assigned ojousama of the team, but for many other reasons, which I definitely have. She also has a creepy man pursuing her affections all the time despite being clearly uninterested, a struggle I can relate to. Did Tomino realize what he was doing when he invented all these lesbians, I wonder? I mean, I feel like she's pretty blatantly gay. I'm not good at articulating myself but uhhhhh Girls. 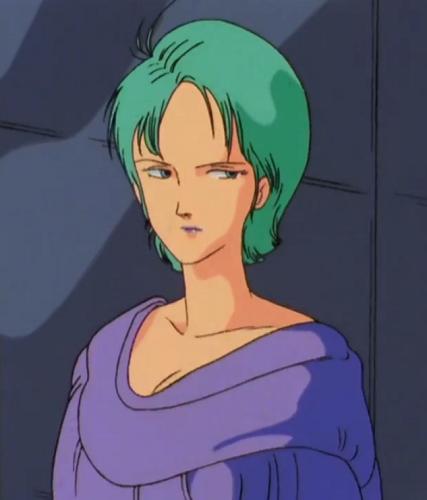 I don't really want to list Four on a list of most lesbianistic Gundam characters even though she's my favorite unhinged Gundam woman, because like, she's with Kamille, and I have trans headcanons for Kamille, so I feel like it would be disingenuous to talk about lesbianism in the context of a character who I personally like to interpret as a trans man. Like, I love Four, but she just is not a lesbian! She is just a girl who everyone should love and support. 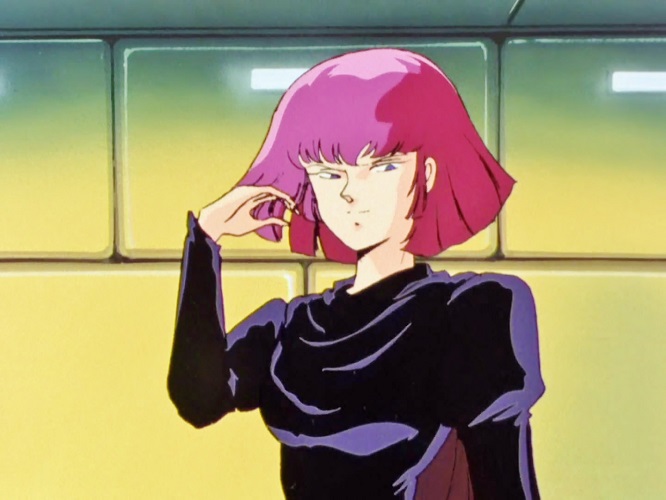 Well, if you've come this far in the list, you may notice a certain hang-up I have, on mean older women, and I am very sorry for that, and I know my apologies are not enough for my subjecting you to Haman fuckery. I just think she's very sexy. She really is. I'm so sorry. I know technically in ZZ she has a weird hang-up on Judau but you must also keep in mind that I don't pay attention to straight people stuff when I'm watching a show, I just tab over to my folder of Revolutionary Girl Utena fan art until it stops. I'm sure that'll make someone somewhere very angry but oh well. Haman is a sex icon and very mean and one of the few fully irredeemable villains of the show. And I like her hair. 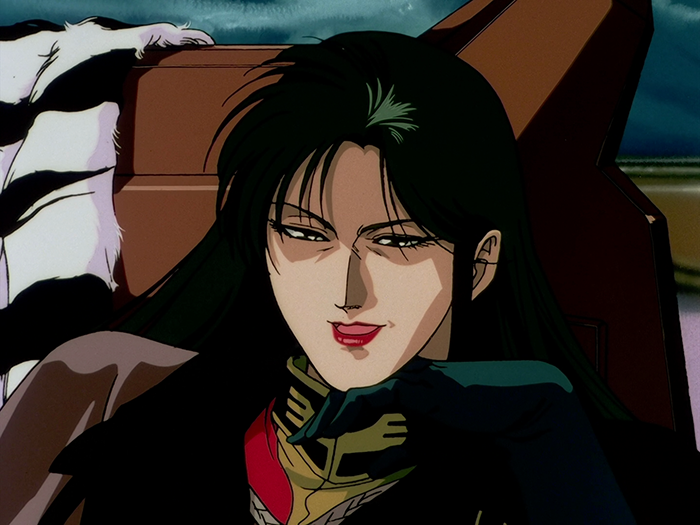 I didn't even like Stardust Memory but I want Ms. Garahau to [REDACTED]. It's like she was tailor-made to suit all of my interests. Have you ever seen such a beautiful woman in your life. Please, Ms. Garahau, marry me. Take me with you. 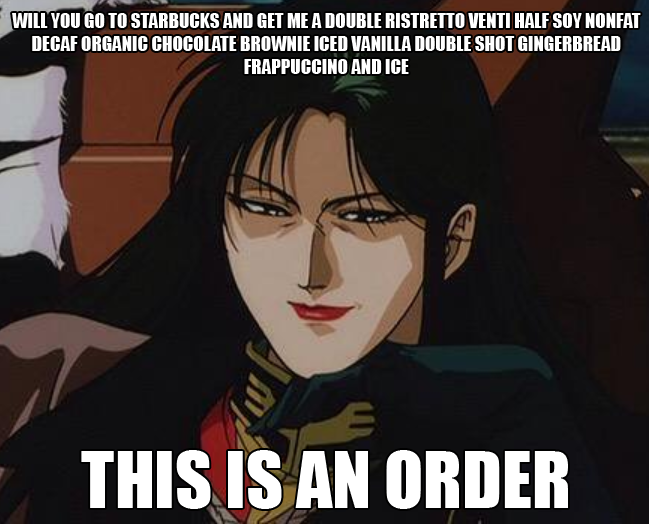